0
No products in the basket. 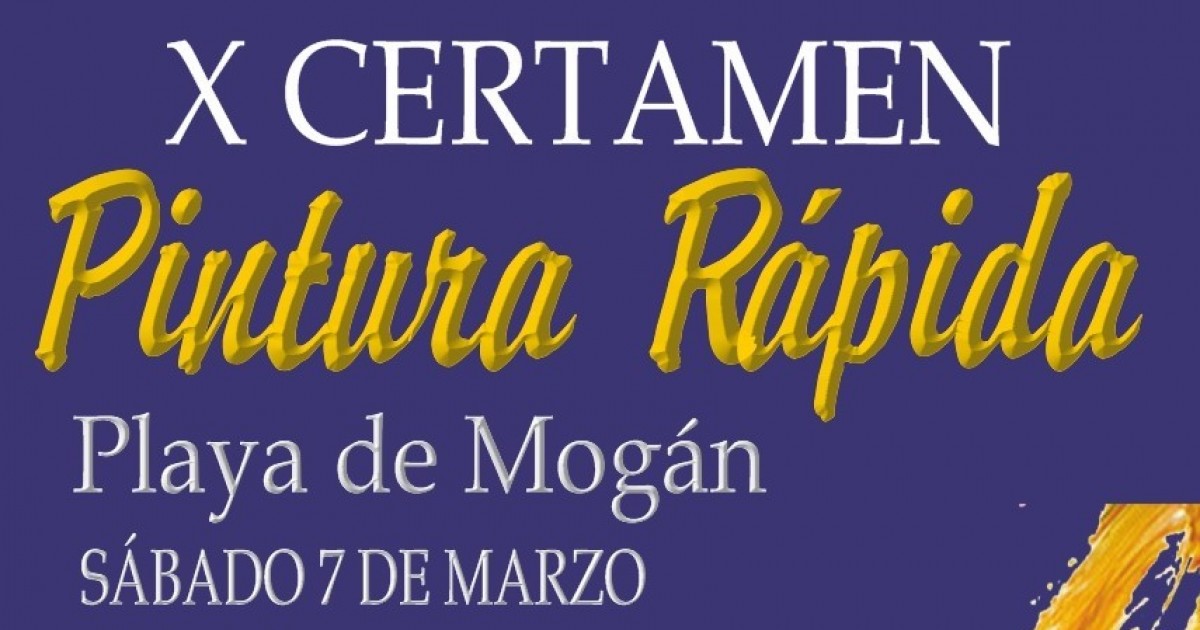 On Saturday, March 7 Playa de Mogán will be for the tenth consecutive year the stage for the celebration of the X Fast Painting Contest of the City of Mogán. Artists of various nationalities will congregate to exhibit their talent by creating, in a limited period of time, a unique work on the landscape, monuments and people of the seafaring neighborhood.

The contest will open the inscriptions from the early morning of Saturday, March 7 and at 8:00 a.m. the sealing of the artists’ supports will begin. These must be over 16 years to qualify for the prizes and pay 5 euros, although children under that age may also participate but not included in the contest.

Each artist must come provided with the necessary material for the realization of his work and an easel for later exhibition. The canvas must have a minimum of 50 centimeters and a maximum of 120 on either side, be white and without textures on its surface. Media that is already used will not be accepted, while those that use watercolor paper or similar should be mounted on a rigid frame or support.

At 9:00 a.m. painters must begin their works and will have a limit until 3:00 p.m. to finish them and they can go to their public exhibition These will be of free style and technique, but they will have to be focused on the landscape, monuments or people of this town. At 18:00 the jury’s decision will be announced.

The organization will award two main prizes – the first will be 1,300 euros and the second 500 euros – and seven second prizes valued at 300 euros. The first prize of the contest will become part of the artistic fund of the City of Mogán and the second and the second prize will go to the sponsors. Non-awarded works may be collected by their artists after 7:00 p.m.